Today, we are in an unprecedented situation and we are learning and adapting to live with Covid-19 as part of our life and work. As Robotic Process Automation (RPA) adoption and implementation continue to rise exponentially in organizations across all sectors, one particular stage of bot development life cycle that is getting more limelight is RPA testing.

For an RPA automated process to successfully transition from the as-is state to to-be state in production, optimal and concise testing is extremely important. RPA testing practices are not very different to traditional software testing methodologies, but they do differ in some ways. With the proven and extensive experience of large number of successful RPA implementations across different domains and verticals, the successful test plan has been condensed into 5 pillars.

One of the widely accepted pain points is change in requirements before and during the development of automation solution for the process in hand. The RPA testing team should completely understand the to-be automation solution before commencing any testing. This step is very crucial in the test cycle because it will be the premise for the subsequent steps created in the testing activities. The testing team should thoroughly understand the as-is process flows, the to-be process flows and any further relevant technical documents created during the requirement analysis and design phase of the project. The team is ready to move on to the next step of creating the test data only after it has understood the requirement.

Test data is the most important dependency for the successful execution of any RPA testing cycle. Invalid or incomplete test data will most certainly generate incorrect test reports, which can lead to invalid defects being reported, derailing the testing timeline and ultimately impact the efficacy of the RPA implementation. Hence, it is necessary to know clearly what variations of data will be needed in terms of types and formats, for the test cycle to be productive.

In this stage of RPA testing, we will put together the information we have gathered till now. Different test cases with a variety of specific outcomes will be required in the generation of test scripts. The document can be a simple excel spreadsheet which will include list of test scenarios, scenario-specific input data that will be required to execute the RPA testing, output to be expected and output that was actually displayed, and a status column which will mention if this test was a success or a failure. It is very important to have clear and concise test script. The more detailed the script, the less likelihood of missing any test scenarios. It is a best practice to have the test script reviewed and approved by the design team and SME (Subject Matter Expert). The changes suggested should be incorporated before starting the next step in the testing cycle. This extra step will ensure there are no gaps in the test cycle.

This is the step in which we can validate if the to-be process after automation is as per the requirements. Execution of the test script will be smooth if the test scenarios were documented clearly and in a concise manner. Every business rule should have been covered that was noted in the requirements documentation. Generally, the Functional Requirement Document (FRD) / Technical Design Document will list the required scenarios that need to be validated during testing, but reviewing the process flows and cross verifying the required documents for any missing information is also important for a successful process automation.

Defects are a general expectation with any and every RPA testing cycle, as that is the purpose of doing testing in the first place. Defects should be documented by the testing team and must be notified to the development team. Attention to detail is the key to effectively manage defects. The correction can be made quicker if the testing team can provide as much information as possible. Details should include description of the test-case, capture image of the error screen, recording where the process failed, attaching the file having input data used for testing, and attaching the output file generated by the automation solution.

Successfully deploying RPA can be a tedious exercise. Although the last step in the deployment process, testing is one of the most important part of any software solution project. The RPA consultant has to ensure organizations have a smooth and effective testing cycle for every RPA project by leveraging the lessons learned from every previous implementation. 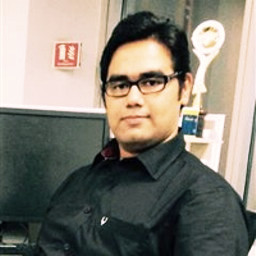 #LifeatMindfields – Jaldhi Bhatt shares her experience of working with Mindfields