Robotic Process Automation Artificial Intelligence Outsourcing
< Back to All Posts 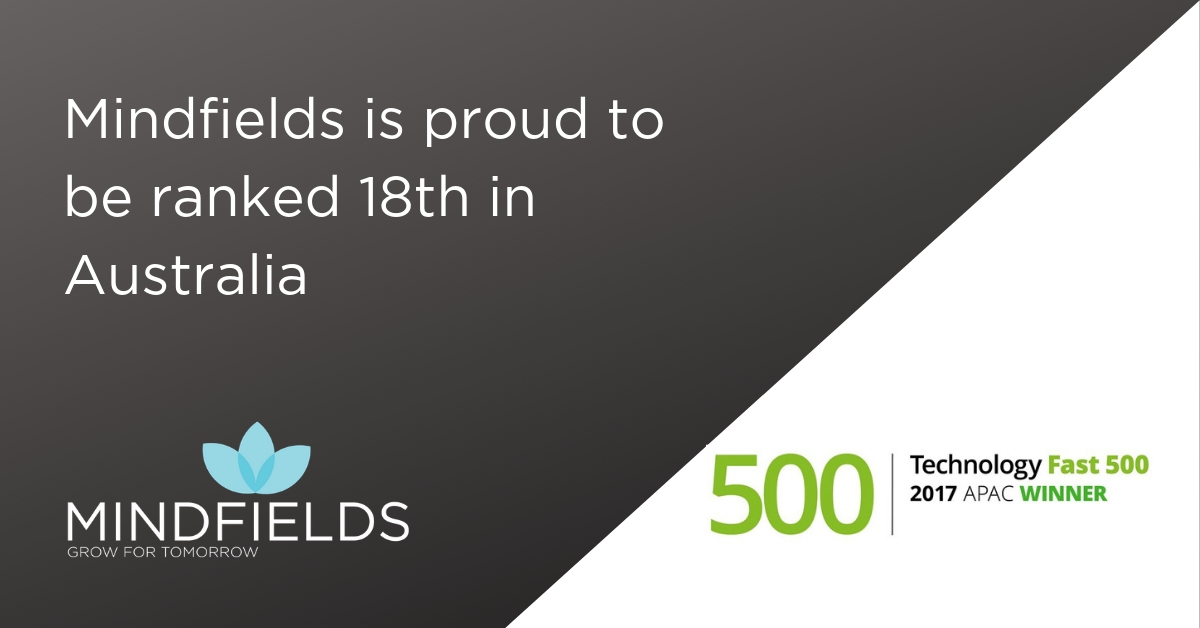 Mindfields attributes its 519% Percent Revenue Growth to the hard work of their rapidly expanding team and their clients for putting their trust in Mindfields’ capabilities.

Sydney, Australia, 13/12/17 - Mindfields today announced that it ranked Number 94 on the Deloitte Technology Fast 500™ Asia Pacific 2017, a ranking of the 500 fastest growing technology companies in Asia Pacific. Rankings are based on percentage revenue growth over three years. Mindfields grew 519% percent during this period. Mindfields’s MD, Mohit Sharma, credits his team’s ability to think innovatively to disrupt traditional consulting services with the company’s 519% revenue growth over the past three years. He said, “our constant self-disruption with value for money propelled our growth and it is just a start”.

To get latest updates on RPA and AI